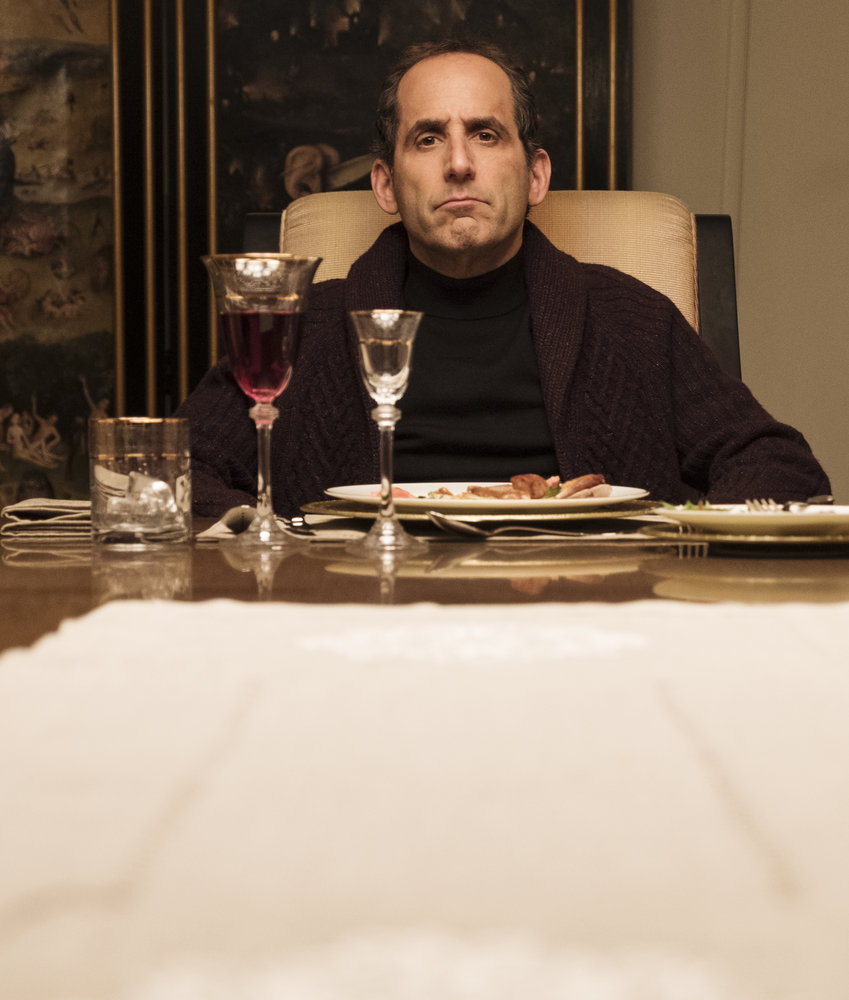 Snyder finds refuge in Switzerland while the Bowmans struggle to survive on the road to Seattle. We cannot be certain if Seattle brings danger or salvation.
Spoiler alert, Tracey and Jay both really liked this episode. Of course, we did not like everything that was happening, but we both thought it was very well executed. If you agree, you can thank Sarah Boyd for her excellent direction of this week’s installment of Colony.
You will still have to tune in to find out how we voted for:

Be sure to check out our outgoing music from Moon on iTunes.  We treat you to a sample of their song “I Got A Fever” which was featured in Season 1 Episode 5 of Colony.
You can find them on iTunes at:  I Got a Fever – Single by MOON https://itun.es/us/YgQzab
Enjoy the show and thanks for listening!

The Colony Facebook page will be hosting a Facebook live event on season 3 premiere day, May 2nd.

Join Sarah Wayne Callies and Josh Holloway for the live event at 9pm ET/6 pm PT. Sarah shared the announcement on her Facebook page with the hashtag #stayhuman. Those pesky RAPs (random alien people) always seem to be nipping at their heels!
https://www.facebook.com/SarahWayneCallies/photos/a.372462316459068.1073741829.345837819121518/573415676363730/?type=3&theater
What are your other plans for Colony season 3 premiere night? Let us know if you are planning a viewing party or special snacks for the big day. Maybe we should roast some marshmallows since it looks like the Bowmans are in the woods at the beginning of season 3!
For those in proximity to Los Angeles, hope you scored a seat at the Colony premiere viewing party at Legendary Television in Burbank. The invitation notes that RSVPs are now closed. We will be watching for photos!
It’s almost here! Colonists unite for an exciting start to season 3. And don’t miss the Facebook live with Sarah and Josh!

COLONY: Josh Holloway is a guest on HARRY 1/16

Our Colony leading man, Josh Holloway, will be a guest on Harry’a show this afternoon at 2:00 pm EST on FOX. Check your local listings to get the specifics for your area.
We cannot wait to see what Josh has to say about his heroic character Will Bowman and what’s in store for Colony season 2!

Fellow Colonists!
What a premiere night! Colony dropped us full throttle into the day of The Arrival.  Flashing back to our main characters on that day was quite revealing.  We gleaned new information and learned that everything was not quite what we had originally been “told”.
We will be breaking down the episode in full Talk Colony fashion on the Talk Colony Podcast this weekend.  We will revisit our regular segments such as:

Let us know what burning questions/topics you would like us to discuss on the podcast. We want your feedback!
And, meanwhile, check out our Colony S2 recap on Fan Fest News where we will be publishing most of our written content.

Talk Colony Podcast is recording a pre-season episode to get ready for Colony S2, which premieres on 1/12.
Keep your eyes peeled and ears ready for our first installment of 2017 complete with:

Tweet @TalkColonyTV or comment to let us know if you have a burning question we should discuss!

COLONY: Memorable scenes leading up to the finale

The season one finale of COLONY certainly gave us a multitude of new favorite scenes and nail biter moments.  However, earlier this week, we took a little journey down COLONY memory lane to find out what were fans’ favorite scenes for different pairs of characters leading up to the grand finale. This is what we learned.
We collected favorite moments between characters and voted on the top 4 for each pair.

And winner for best #Bratie (Broussars/Katie) moment so far this season is “Training Day” in The Yonk basement! pic.twitter.com/MQ486Adnkh

Okay, let’s vote for best #Willeau (Will and Beau) moment so far on @ColonyUSA — choices based on fan replies!

Thanks to all who voted!  COLONY certainly lends itself to a lot of speculation and theorizing.  And our polls are just one way to see what some viewers have in common.
It is going to be a long wait for COLONY season 2, but you can count on Talk Colony™ to be there with you through the wait.  We will commiserate together and pass the time with trivia, blog posts, and more!

Sarah Wayne Callies graciously and enthusiastically responded to inquiries  on a press call this week arranged by NBC Universal.

I was particularly interested in her response to an excellent question posed by Jackie Bojarski with Talk Nerdy With Us regarding the development of Katie and Broussard’s partnership in the Resistance.  Read on to learn more about this powerful pair!

Jackie Bojarski:​ Broussard and Katie have kind of become confidants over the course of the show so far. But the history between them is still a mystery. Can you shed any light as to how they became friends and how they kind of grew to trust each other over everyone else?

Sarah Wayne Callies: You know, I think part of that has to do with the history of a bartender and a patron, you know. Broussard and Katie got to know each other before it all happened. And I always imagine that, you know, he’d come into the bar between deployments and she recognized in him a man like her husband — someone who’s, you know, a military man and somebody who’s been through some stuff and someone who needs maybe a little bit of space to deal with what he’s been through and what he’s seen, a space not to be judged and a space maybe not for anyone to say I know how you’re feeling, because in my experience, a lot of vets feel things that no one can understand.


​And so, I think they developed a respect and a friendship before it all happened, before it all went down. I don’t know if they will go this route or not, but something Tory and I talked about is a possibility that when the arrival happened, he was in the bar and he was one of the people who helped Katie get out. Tory and I talked about it. We shared it with Ryan and Carlton. I don’t know if they’ll build that into our backstory, but.
​So I think part of it has to do with that kind of history. And I think another part of it (unintelligible) I think (we all) have a gut feeling about the people in our lives that we can really trust. And it doesn’t – sometimes it happens right away. Sometimes it evolves over time. But there are people in your life that you just go ok, I’m all in. I trust you. And I think Katie brings that trust out in Broussard and it’s a trust he doesn’t have for many people.
​And I think she just absolutely trusts him, which is why, you know, Quale’s orders to have her killed I think really shake Katie to her foundation, because she sees that Broussard is contemplating it. It’s his nature as a man who follows the chain of command is contending his (unintelligible). Yes.
​So when he emerges up the other side of that as a human being, I think then he becomes somebody that like – I think that does bring them ironically closer together. Does that make sense?

Thank you, Jackie, for that excellent question. I loved getting Sarah’s perspective on the relationship. And thank you, Sarah Wayne Callies, for bringing such a rich character to our screens!
The COLONY season 1 finale ‘Gateway’ airs tonight 3/17 on USA network.