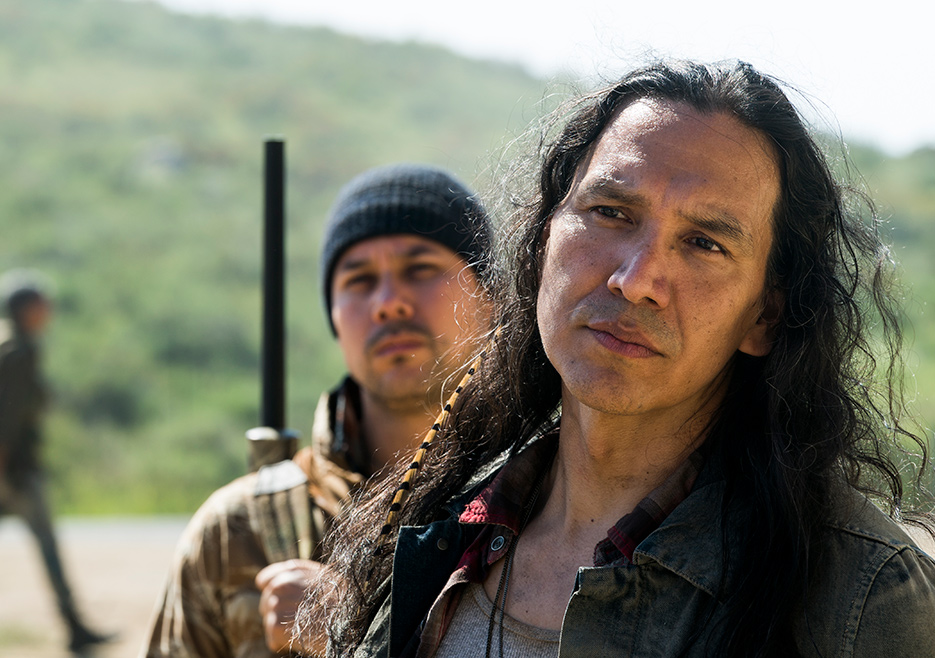 TNTtalk podcast is back with an exclusive interview with actor Michael Greyeyes who plays season 3 newcomer Qaletaqa Walker on Fear The Walking Dead.


We were thrilled to chat with Michael and gain so many exciting insights on his role in the series, specifically Walker’s relationship with Ofelia Salazar, as well as his interaction with the Otto family.


Michael talked about his audition process and the complexity of his character. He shared details about his heritage and Canada’s First Nations. We also learned that Michael is a longtime professor at York University and runs the Signal Theatre Company. Michael also co-stars with Jessica Chastain in the upcoming feature film Woman Walks Ahead where he plays Chief Sitting Bull.
There is no doubt that Michael stays very busy! But he also talked about the importance of having time with his family.
So tune in and join us for an absolutely fascinating conversation with Fear The Walking Dead’s Michael Greyeyes. The second half of Fear The Walking Dead season 3 resumes September 10th on AMC.
Oh, I almost forgot! We confirmed that Qaletaqa’s long locks truly belong to Michael – no extensions necessary!
Enjoy the show!