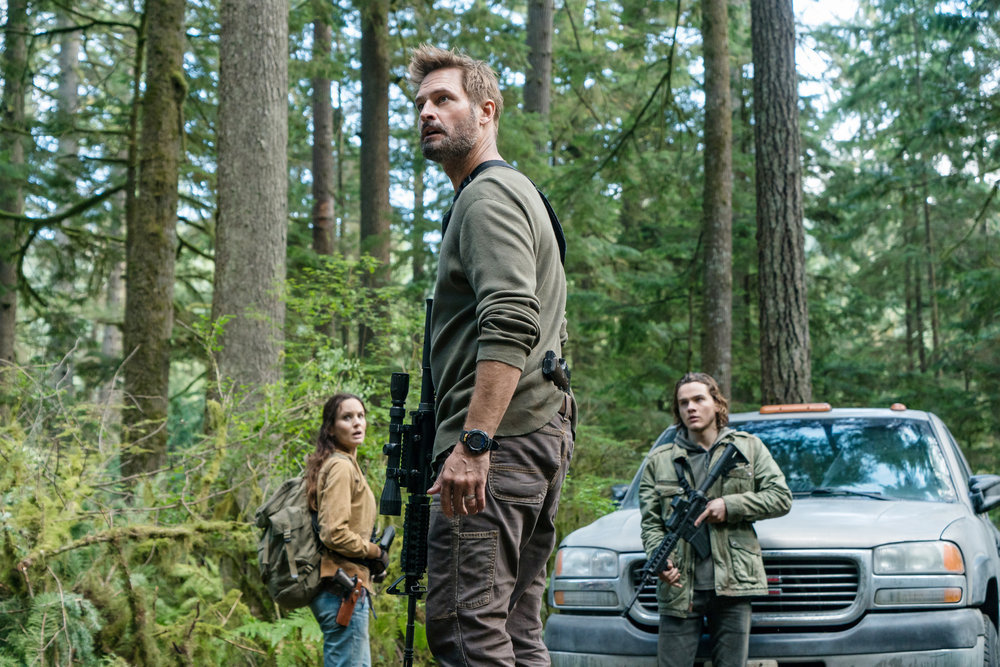 Tracey and Jay are back for the Talk Colony Podcast. Colony season 3 is off to an adventurous start!

Colony season 3 brings a new backdrop for the Bowman family. They have also gained new member of the household. Alan Snyder has remained with the Bowmans for six months now after helping them escape the Los Angeles Bloc at the end of season 2.
Tracey and Jay get right down to the business of evaluating the new living situation for the Bowman family. Both agree that life in the woods looks good on the Bowmans, but maybe not so much for Snyder.
The co-hosts compare their take on the “call” Snyder makes in the premiere episode of season 3. Is it a betrayal or an act of heroism? Or somewhere in between?
They also take a look at Bram’s solo decision to make contact with (hopefully) a Resistance member via radio.
The usual segments are covered:

We learn that there is some great Buzz from the Bloc in store for the next episode of the podcast. Get ready!
Finally, be sure to check out our outgoing music from Moon on iTunes.  We treat you to a sample of their song “I Got A Fever” which was featured in Season 1 Episode 5 of Colony.

You can find them on iTunes at:  I Got a Fever – Single by MOON https://itun.es/us/YgQzab